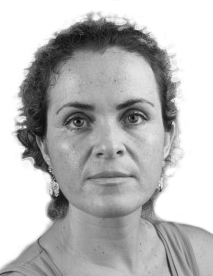 I had an apartment and a good job until my company went out of business, which forced me out of my apartment. I moved in with a friend and things were going well until my friend’s mother became ill. Doctors advised she move into the apartment, resulting in me moving out. Here I was, a 42-year-old woman with a part-time job and no home. I couldn’t believe it.

Shelters weren’t an option because the curfews prevented me from working late, and I couldn’t afford to rent a room. I slept on the streets until a bed became available at The Dwelling Place. The feeling of relief was so overwhelming I started to cry. Only someone who doesn’t know where they are going to sleep at night could know how I felt.

As a working woman, The Dwelling Place gave me somewhere to iron my clothes and leave looking like I had my own apartment. Living there was like being in a college dorm. I could come home and tell my roommates about my day, and sleep soundly at night.

Eventually I was offered a full-time job and saved enough money to move to a lovely, affordable place. I am so very grateful to the Sisters and staff of The Dwelling Place for their love and support.

*The names and photos of all of the women in these stories have been changed to protect their privacy.